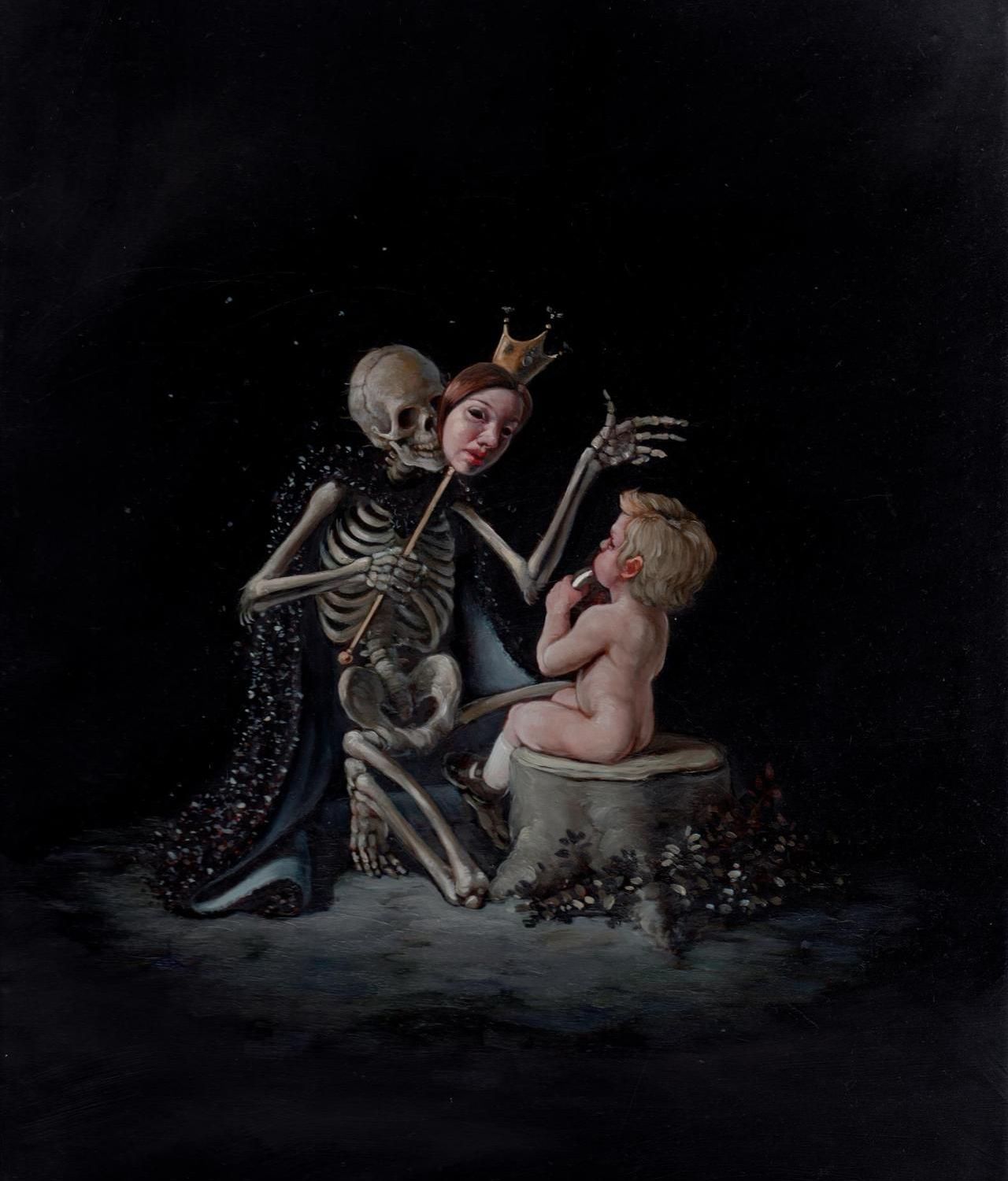 On the day a daughter was born to the Euloger, death whispered to his ear. The Euloger, ever faithful a scythe, this time, denied death this one eulogy. Would not speak it, would not listen. The superstitious townsfolk had come to live by his regular eulogies, as one lives by the whims of weather. Some saw in them prophecy, others a sought conclusion; some believed him deceitful, others thought him either blessed or possessed. His eulogies, objectively speaking, exacted no measurable effect on the outside world. Indeed, the Euloger might as soon write of the death of a man dead for a decade, than that of a newborn with life stretching long ahead. Prophecy, as perhaps all prophecy, was thereby merely incidental, happen-stance. But, that is not to say that people disregarded them. Quite the opposite. The townsfolk made a craft of deciphering his eulogies, of twisting them to fit a specific meaning, for that is the way of all people as a whole.

When, following his daughter’s birth, the Euloger became silent; a tension arose in town. People normally dull and gregarious, now suddenly discovered an edge to their character, a deceitfulness, a deviousness. Devilry was set afoot, and an inexplicable restlessness beset the normally sleepy town. Inexplicable, that is, until the focus of the entire community shifted onto the person of the Euloger, whose silence had become as loud as a howl. Gifts were sent his way to no avail. Then, curses. And a less superstitious people might have known these symptoms to be mere ado, mere suggestion, and put no stock by them. But as it were, the superstitious townsfolk whispered and conspired and plotted how best to bring the Euloger to write once more his eulogies.

The townsfolk were not the only ones to suffer the hiatus. Soon the Euloger himself was driven mad by the repressed eulogy, and could be glimpsed parading through town at all hours, like a drunk, meeting disdain, gossip, fear and pity as he waltzed feverish amongst his estranged neighbours. Not a one daring to offer help, and much less cross him. But the standstill could not long hold, and one day the village cracked. A furious mob found and seized the Euloger by his tatters and dragged him into the town square, chanting and speaking in tongues. There to force the poor Euloger to exorcise the eulogy stuck in the bottleneck, obstructing the flow, corrupting the village-folk… so that things may return to the grim normalcy of his regular eulogies. There, a quill was placed between his trembling fingers, and his hand wrote of its own accord—or by Death’s desire—the words of the eulogy he so feared. And no sooner was it written, than the mason engraved it into stone for all to read.

Do not tell me, please, the Euloger implored. Then, he proceeded to confess, before all gathered, the apprehension that had caused all of this madness: that he would write the eulogy of his own daughter.

Fear not, Euloger… poor man. Fear not, indeed, for it is your own eulogy you have written.

The Euloger laughed then, a mad laughter brimming and with undertones of lunacy and flooding relief. The townsfolk pitying him, disgusted, left the poor Euloger, unwilling scythe of death, in the town-square to his wayward madness. Disbelieving that they could ever have followed the whims of such a bedevilled man. Not far did they venture, however, that a voice found them on their way, which filled all the streets and houses of town.

Hear ye, hear wide, the Euloger still writes. There is more, and such a flow that cannot be stoppered, now unleashed. Come witness lest you be named in your absence and die in your sleep.

And so it was that the villagers, ever the superstitious folk, forgot their misgivings and flocked back into the square to surround the Euloger. Who, indeed, could bear the thought of missing their own Eulogy, and much less, that of their own children? A curious restlessness fell over the square as the Euloger wrote. For, no more did they desire to miss the penning of their respective eulogies, than did they want to witness it penned. The Euloger, wrote all that day and it was only well into the night that his pen stilled. By then, the Euloger was surrounded by veritable graveyard of carved stones bearing his eulogies. As he took in the sight, he found that the square was once more deserted. Not a single person had lingered. A crow cawked on a near by roof. In the end, none had been spare the scythes wayward sweep. And this had the curious effect of revealing a universal truth: that all must die and such is the bargain of life. That a balance must ever be struck between the knowing and the forgetting of death; between its inevitability and the belief that tomorrow will come. And such is life that a perfect balance may never truly be achieved.

Once his work complete, and Death’s whispers were allowed to permeate into the mortal realm, the Euloger sat upon the edge of the fountain and sighed. Such a whimsical master was Death. It occurred to him, then, that he may, at long last return home to his wife, to meet his newborn daughter. The sun rose into the horizon above the houses as he left the newly established graveyard. He thought it proper, as the gravestones began casting shadows, and fitting, that it may be so that a graveyard now blossomed where once a bustling town square had been, in a town whose folk were so obsessed with death.

As he made to leave, his eyes fell upon his own tombstone, and the eulogy inscribed there. He read it and smiled and thought it proper.

Such is life,
That it takes root
Between sow and scythe.

And reading it, the Euloger thought of his daughter. Knowing now, more than, ever that he could not yet die.

Love in the Time of Corona – A Squamish Hibernation

Rain. How quickly things become normal. How quickly damp and cold becomes simply the way a body feels. Winter in Squamish creeps into the soul with such subtle artistry. And sure, at first we keep the inner-fire alive, stoking the low flames with memories of sun, the smell of cooking earth, of winters spent in […]

Cinco pizzas por favor. I’m not sharing. Ceci can get her own. When I was a kid, or so my grandfather always reminds us, my brother & I would chuck full garbage bags against the garage door of his cottage and say that our utmost ambition in life was to become garbage men. And to […]

A Day in the Life of a Brusher

No one is a human being at 3am. Not party till dawn 3am. Tossing and turning, have to get up for work 3am. In the grips of withdrawal from a modicum of sleep you don’t even remember consuming, you drag on your threadbare button-up shirt. Wafts of laundry detergent and gasoline, drift in your stumbling […] 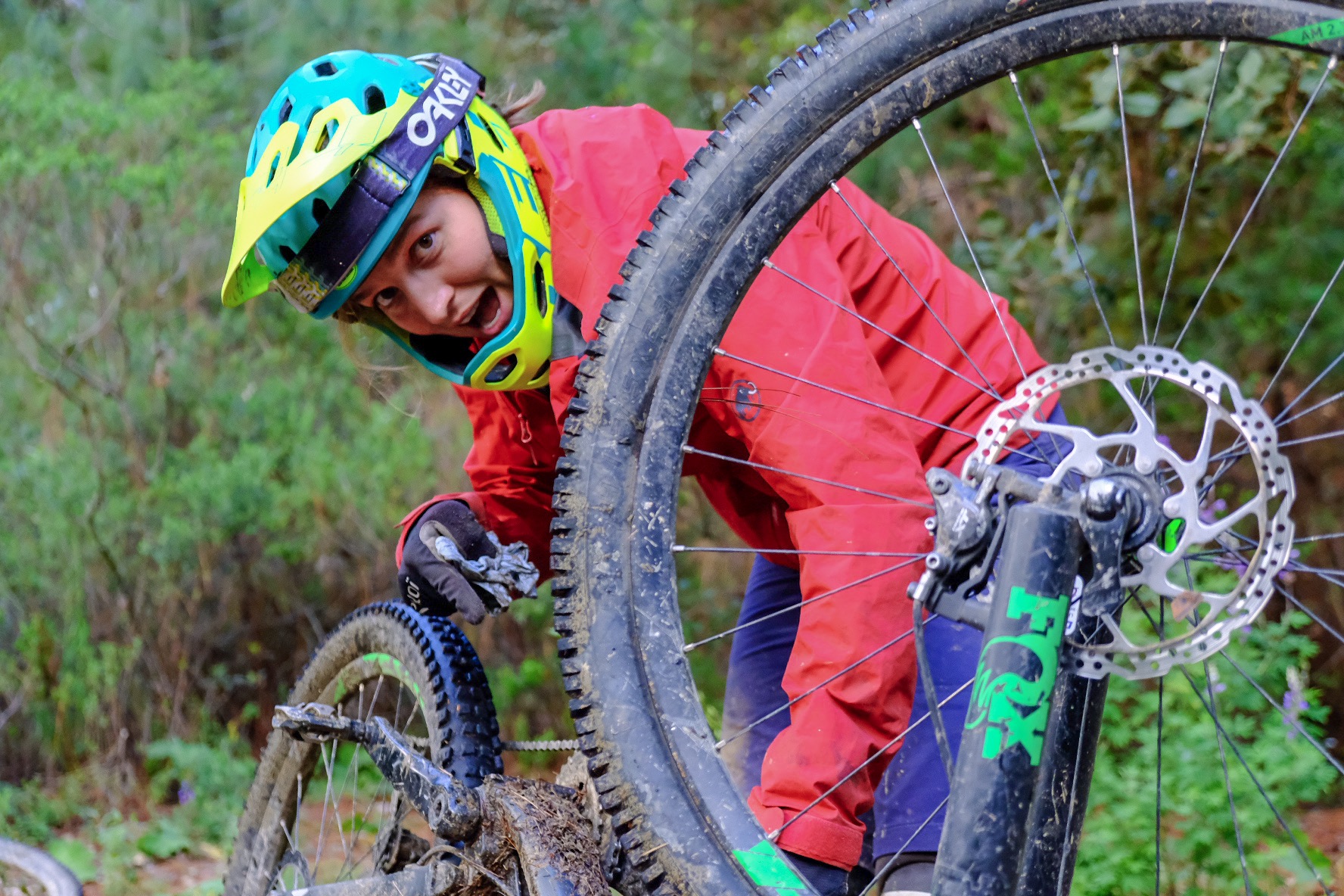 Take a swig of this, te va a rehidratar! The day is over, we’re in a rusty carcass on wheels sucking diesel. Through the dusty windshield ahead another miracle of engineering running on black smoke and buena suerte is transporting the bikes. I’m looking through the Gatorade bottle that’s being handed down to me, at […] 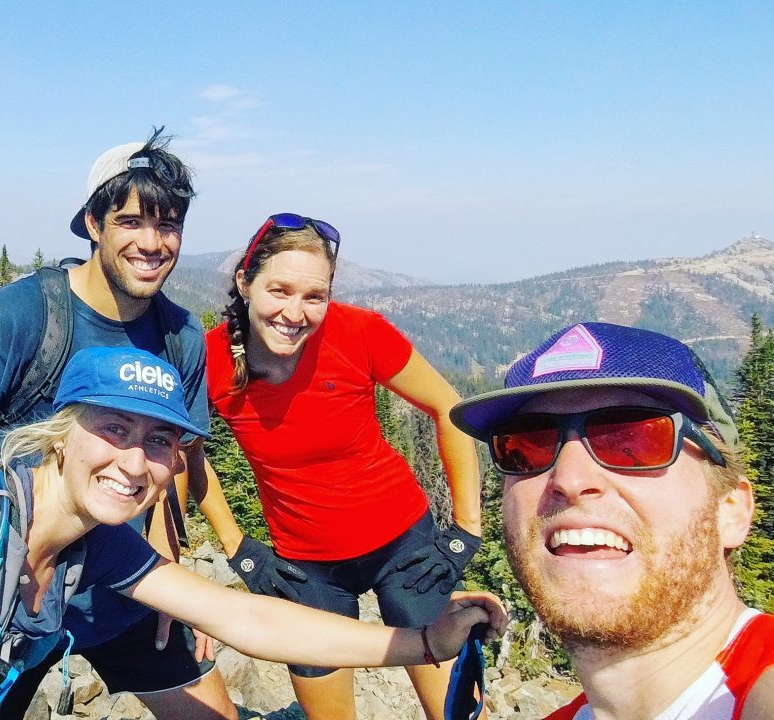 Blink once, Ceci is riding her mountain bike on the highest suspension bridge in the world on her way to her first Enduro World Series finish. Blink twice, Camille is running on a ridge at 2,450m in the snow on her way to finishing her first 60k UltraMarathon in 4th place. Blink one last time, […]